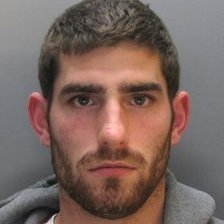 Nine more people have been arrested by police investigating the naming of a rape victim on social media sites.
The comments were allegedly made after Sheffield United and Wales striker Ched Evans was jailed for raping a 19-year-old woman near Rhyl, Denbighshire.
Rape victims are legally entitled to anonymity for life.
Five men and four women were arrested at various locations across north Wales. Three men arrested in Sheffield last week have been released on bail.
North Wales Police confirmed that three men and three women from the Rhyl, Prestatyn and Llanddulas areas were arrested in early morning raids on Tuesday and were being held at St Asaph police station.
They later arrested a woman in Broughton, Flintshire, and two men, in Colwyn Bay and Abergele.
Det Sgt Bob Halford said: "We continue to be proactive in this investigation and anticipate that further arrests will be made in the near future."
Three men arrested in Sheffield last week, two under Section 5 of the Sexual Offences Amendments Act and a third on suspicion of malicious communication, have been released on bail.
Ched Evans was convicted of rape and jailed for five years at Caernarfon Crown Court on 20 April.
The 23-year-old footballer claimed the woman had consented to sex at a hotel near Rhyl in May 2011.
His lawyers say he intends to appeal.
Posted by Unknown at 10:36 AM