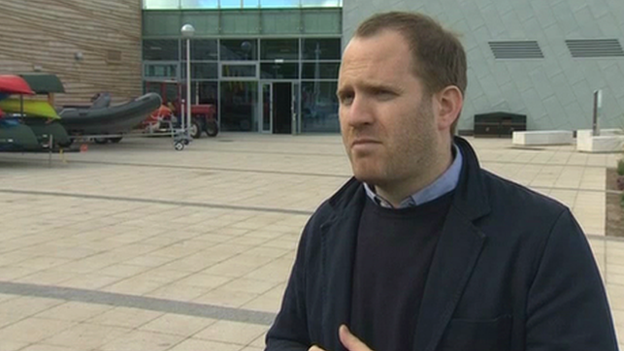 More council cash has been granted to help get a celebrity chef's bistro up and running in Colwyn Bay.
Bryn Williams announced in 2013 he would open a restaurant at the new Porth Eirias water sports centre, but it is still not open.
Now Conwy council has agreed to spend an extra £33,000 to get the building ready for use.
Clwyd West MP David Jones said the building was becoming a "money pit".
Mr Williams, from Denbigh, who has appeared on TV programmes such as Great British Menu and owns a restaurant in London's Primrose Hill, had planned to open the restaurant in time for Christmas 2013.
But legal issues delayed the project and a deal was eventually signed in April.
Four months later and the bill for the restaurant's internal works has risen.
On Tuesday the council agreed to pay an extra £33,000 to help finish it - taking its total spend on the project to more than £100,00. 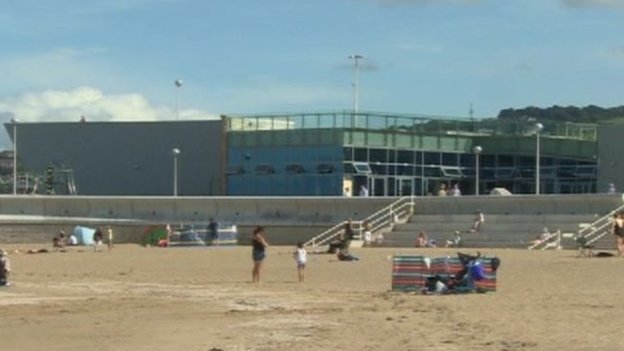 The water sports centre has been open for a year but the restaurant remains unfinished
Conservative MP David Jones said he was concerned at the increase.
"The major part of the building is now standing empty and it's been standing empty since it was completed, and given that it's costing about £100,000 a year just to maintain it, there is a lot of concern that it is becoming a bit of a money pit," he said.
But Conwy council leader Dilwyn Roberts said the bistro was part of a wider £70m regeneration of Colwyn Bay and in the scale of things the extra money was "very little".
"A lot of time and energy has been invested into bringing Bryn Williams to Porth Eirias, and we're fully aware of the frustration people have felt because the bistro has yet to open," he said.
"Inward investment is challenging and sometimes it doesn't run smoothly, but that doesn't mean we shouldn't bother trying."
Colleagues of Mr Williams told BBC Wales he remains committed to opening the restaurant when he can.
Posted by Unknown at 10:30 PM