Colwyn bay -Jailed, the 'Judas-like' sisters who murdered their father: he was stabbed 15 times

Jailed, the 'Judas-like' sisters who murdered their father: Sorry mum, said text, after he was stabbed 15 times


The teenage daughters of a retired antiques dealer were locked up for life for his murder yesterday.
Ashleigh Robinson, 19, and her sister Hollie, 16, plotted to have Antoni Robinson, 61, killed after a dispute over their mother’s jewellery.
Shortly after the killing, Ashleigh sent her mother a text message that said: ‘Things happened, he is no more. Sorry mum. xxxx.’
Enlarge 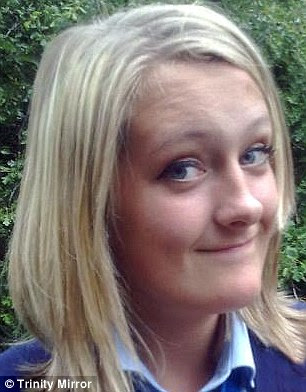 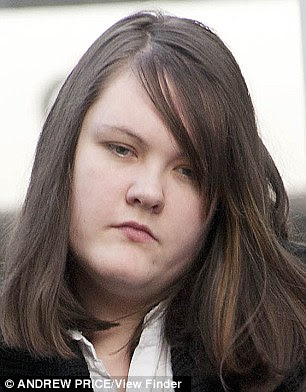 +8
Holly Robinson, 16, (left) and her sister Ashleigh, 19, (right)
Mr Robinson was stabbed 15 times with a kitchen knife and a seven-inch commando-style army knife by one of the girls’ boyfriends as he slept in his bed.
In the horrific attack, the jugular veins on both sides of his neck were slashed, causing him to bleed to death within minutes.
Sentencing the girls, Judge Griffith Williams condemned them as ‘Judas-like’. He said: ‘It is to be hoped that in his dying moments he was at least spared the awful realisation that it was his own two daughters who were party to his murder.
‘Two daughters who had appealed for his kindness. Two daughters who, Judas-like, wormed their way back into his affections. Not one of you has shown the slightest trace of remorse.’
Mold Crown Court, in North Wales, heard that Mr Robinson had split from the girls’ mother, Joanne Barr, after 25 years and there had been a series of rows.
The sisters believed that some of their mother’s jewellery, which was only of sentimental value, was in a safe in their father’s bedroom. 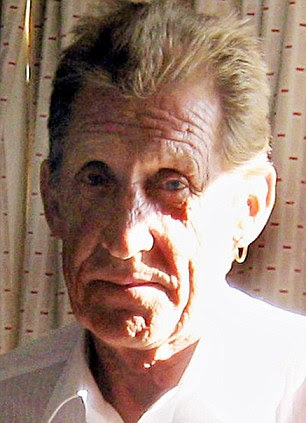 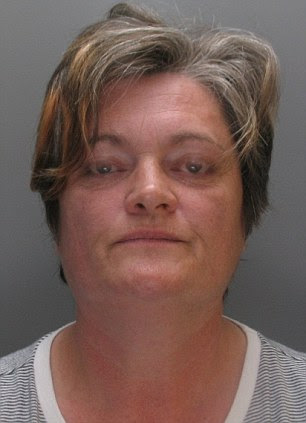 +8
Acrimonious split: Murdered Antoni Robinson had split with the girls' mother Joanne Barr (pictured here in a police mugshot) shortly before he was stabbed. They had lived together for over 25 years 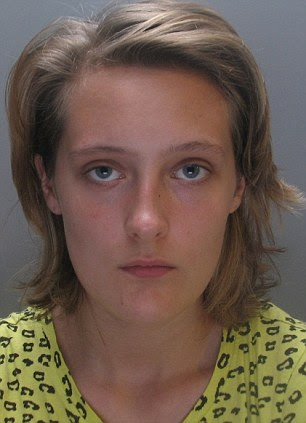 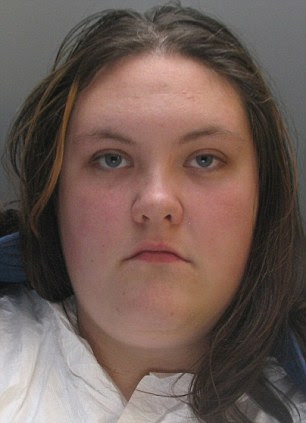 +8
Captured: These police mugshots show Holly Robinson (left) and Ashleigh Robinson on the night of their arrest on suspicion of murdering their father, 61-year-old retired antiques dealer Antoni Robinson. They have now been sentenced, along with their boyfriends and mother, for their part in the killing
The court was told that they ‘encouraged’ their boyfriends, Gordon Harding, 20, and Sacha Roberts, 19, to help in a bid to retrieve it.
In fact, the safe only contained £900 in cash, the judge said.
Harding and Ashleigh Robinson and their newborn baby had been living with the victim at his three-bedroom bungalow in Colwyn Bay. After he had fallen asleep one night in July last year, they let Roberts and Hollie Robinson into the home.
Andrew Thomas QC, prosecuting, said: ‘Gordon Harding entered the bedroom, either alone or with others. A violent incident followed, in which Tony Robinson was repeatedly stabbed and cut.’
Harding admitted stabbing Mr Robinson, but claimed he was acting in self-defence and had himself been attacked with a kitchen knife. 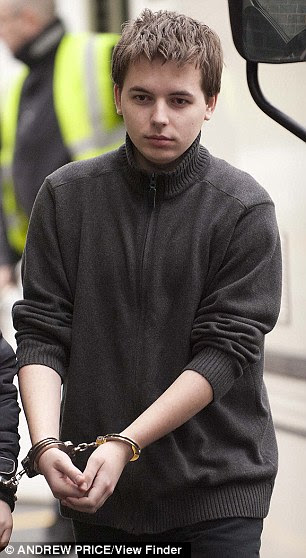 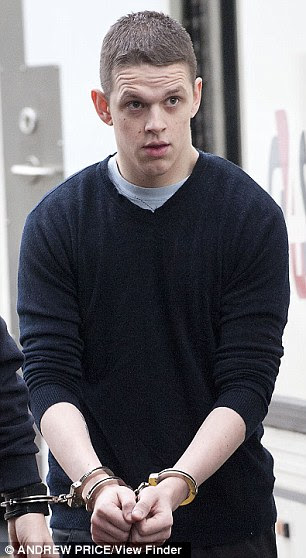 +8
Incarceration: Gordon Harding, 20, (left) was sentenced to 22 years for his part in the murder. Sacha Roberts, 19, (right) received 20 years
But Mr Thomas said: ‘It appears that Mr Robinson had not been able to fight back or to escape. Mr Robinson must have been completely overpowered by his attacker or attackers. Another significant feature is that the objects around the bed were not disturbed.’
Mr Thomas said all four were guilty of murder because they had supported and encouraged Harding who had gone into the bedroom.
After the conviction of the four for murder, following a month-long trial, Judge Williams lifted an order protecting the identity of 16-year-old Hollie.
Harding and his girlfriend, Ashleigh, were sentenced to a minimum of 22 years, Roberts to 20 years and Hollie Robinson was told she would be detained for a minimum of 18 years.
Barr was jailed for four years for lying to police after the killing.
After the case, Claire and Amanda Robinson, Mr Robinson’s two daughters from his first marriage, said: ‘This can only be described as a devious, greedy plot made more horrific by the fact it was perpetrated by relatives we thought we knew.’