Old Colwyn man raped girl, 12, while on bail for sex with 14-year-old 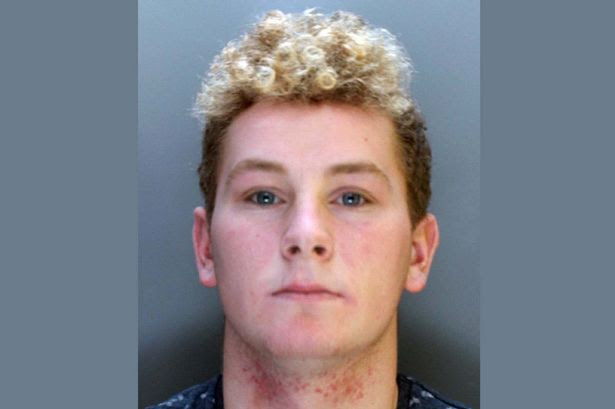 
A man raped a 12-year-old girl while he was on bail awaiting trial for having sex with a 14-year-old.
Wesley David Roberts, 22, was jailed for eight and a half years and  was ordered to register with the police as a sex offender for life after admitting both offences at Mold Crown Court.
Judge Niclas Parry said Roberts of Bryn Heli in Old Colwyn was a “high risk” to young girls
Roberts raped the 12 year-old on their first meeting in a park.
“You knew she was only 12,” Judge Parry told him.
The girl did not know how to say no because she was with a man, the judge told the court.
That attack took place was while he was awaiting trial for having sex with a 14-year-old girl in the summer of 2012.
The defendant, then aged 20, befriended a girl aged 14 on Facebook and asked her out.
They met up and  slowly but surely sexual activity between them increased to full intercourse which happened five or six times - on no occasion did he use protection.
“You are a high risk of harm to children in the form of sexual offences and rape,” the judge told him.
Prosecuting barrister Oliver King said the 14-year-old girl consented to what had taken place but was uncomfortable with the pace of what was happening.
While she was 14, she had given her date of birth to make it look as if she was in her 30s on Facebook but it would have been obvious when he met her that she was a young teenage girl.
The girl had introduced him as a 17-year-old to her mother and because of his looks she believed it.
He did not use protection but the girl was using the contraceptive pill.
When the girl told her mum they had sex she contacted the police immediately.
It was while on bail awaiting trial that he contacted the 12-year-old girl, who was not in a position to consent because of her age.
The defendant put her under pressure to meet, she eventually made up a story about going to play and met him in a park, he joked with her and got her to sit on his knee, and then he took off her trousers and had intercourse with her.
She later told how he “just rushed me into it” and how it hurt.
They were disturbed by people leaving a community centre and that gave her the opportunity to pull her trousers up. Her mother came looking for her and the girl later wrote her mother a letter telling her what had happened. The police were called in but again he refused to answer questions.
The defendant had a very poor criminal record with 57 previous convictions although no sexual offences.
Simon Mintz, defending, said he would not mitigate when the judge said that he would keep the sentence to single figures.
Roberts admitted sexual activity with a child and received two and a half years.
He admitted rape and assault by penetration on the girl of 12 and received a consecutive sentence of six years.
Posted by Unknown at 12:18 PM