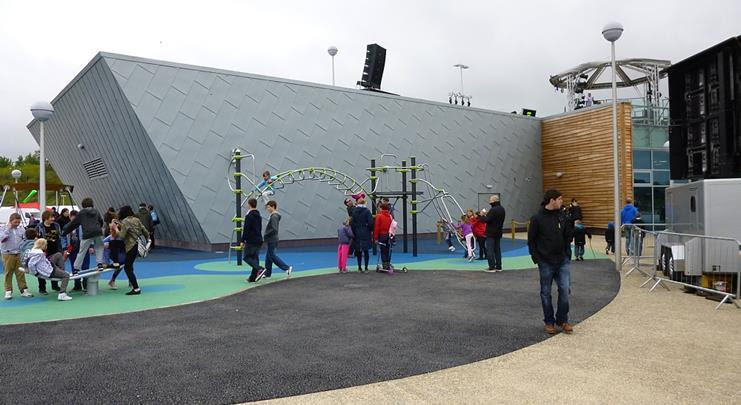 Have your say on this year’s nominations 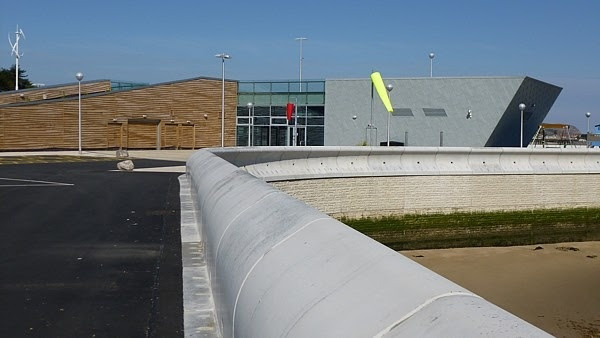 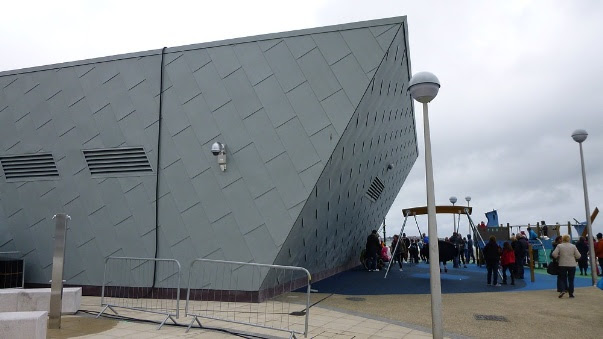 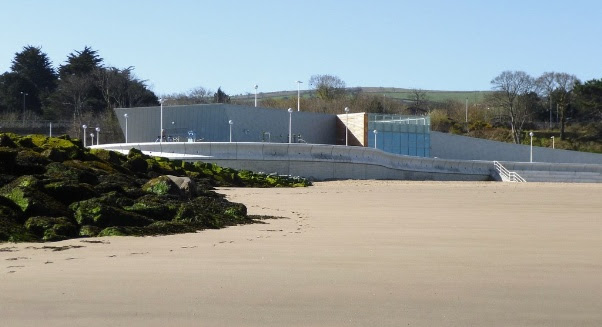 From the nominators:
“A new building on Colwyn Bay promenade* looks truly awful, and is already widely disliked (or hated) by those who live here. Oppressively bland, shaped like a dumpster, and totally insensitive to the beautiful surrounding coast. This really fits the definition of “carbuncle”.
“I walk along the beach most days, and I’m confronted with this ill-conceived monstrosity. It looks so awkward, both in the crudeness of its form, and in the bizarre clash of materials (windowless zinc walls running directly into strange wood-faced sections, which are reminiscent of old garden-fence panels).
“The main concept was to have two large intersecting ramps which give the building its form, while providing access to the roof. After the building was already being constructed, wheelchair users protested that the ramps were too steep. So, to create a shallower gradient, one of the ramps had to be transformed into a kind of zig-zagging effect between added plant-beds (see below). It looks ridiculous, and remains difficult to use. 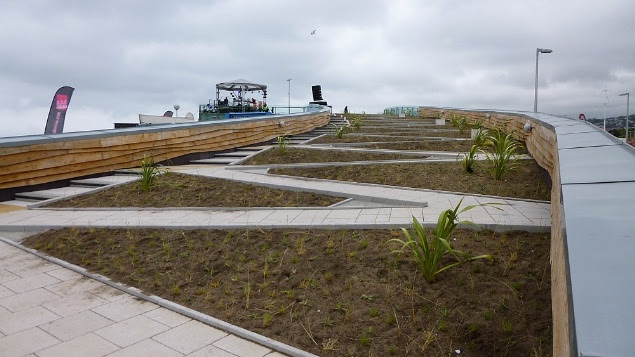 “The local newspaper (North Wales Weekly News, 23/3/13) recently mentioned the building, with the caption: “UNPOPULAR: Some readers are unimpressed by the new Porth Eirias complex at Colwyn Bay”. I’m not surprised – it’s hideous. What were the architects and planners thinking!? … £5 million badly spent.”
“I’d like to nominate the new Colwyn Bay Waterfront building (aka Porth Eirias) for the Carbuncle Cup 2013.
“Originally the winning entry in a competition held by Conwy Council, the design underwent several compromises, resulting in a large windowless zinc-clad section which disfigures an otherwise beautiful stretch of coast.
Local residents have labelled it “Skip-by-the-Sea”, due to its striking resemblance to an industrial-scale skip. (The original publicly-approved design looked very different, with surrounding glass walls, projecting roof section, etc. Prior to construction there were warningsthat the design changes could be disastrous, but these went unheeded).
“It’s prominently positioned, a few hundred yards along the promenade from Colwyn Bay’s Victoria Pier.”
Recent comments on the progress of the building from a local community forum
Comments on this project on the Colwyn Bay Facebook group

Carbuncle cup nominations are now open. Email yours to bdonline@ubm.com or tweet your nomination using #carbunclecup
Any building with a known designer and client that completed in the last 12 months or is due for completion or partial completion before July 2013 is eligible.
Each week we’ll feature one nominated building. The buildings with most comments will automatically make the shortlist alongside those selected by the judges.
Posted by Unknown at 3:11 PM